What are punitive damages? 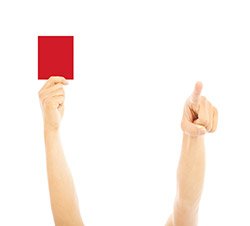 Punitive damages are a special class of damages paid by a defendant in a lawsuit. They are not designed to compensate the injured party for any damages suffered, but instead to punish the defendant for some egregious action and to discourage others from enaging in that specific behavior. Punitive damages are reserved for special cases where a defendant’s behavior is extraordinarily bad.

In order for a case to be considered for punitive damages, the defendant had to have acted willfully. For example, if a company decided to take a product to market, knowing that it had a dangerous defect, it could be held accountable for punitive damages.. It does not make sense to allow punitive damages in a case where only negligent behavior is alleged because, presumably, a negligent action was an accident and there is little need for deterrence.

When a court decides on a punitive damage award, it will consider how bad the conduct in question really was, as well as the wealth of the defendant. After all, being forced to pay $10,000.00 is a much greater punishment for a person earning $50,000 a year than someone earning $50,000,000 a year. Even though their purpose is not to compensate a plaintiff for injuries, usually punitive damages are paid to the plaintiff, leaving him or her in a much better position than he or she was in before a lawsuit was filed.

The United States is one of the few countries in the world that permits punitive damages. They are also common in China, Australia, and New Zealand. In parts of the United Kingdom, they are available in very limited circumstances. In Japan and most of Europe, it is nearly impossible to get a punitive damage award.