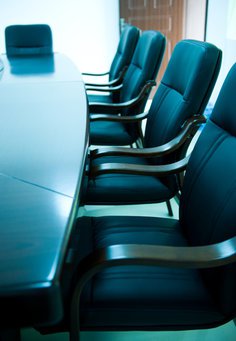 Matters that are subject of litigation are ultimately decided on facts and the applicable law. The process by which parties uncover those facts is called discovery. There are many tools in the discovery toolbox. A deposition (questioning of a party or witness under oath, often referred to as a “dep” or “depo”) is one of the most powerful tools.

At the start of the proceeding, the judge sets a date by which depositions are to be completed. Attorneys issue subpoenas requiring a party or witness to appear at a certain place on a certain date and time (production of documents or other evidence may also be requested). A court reporter is present to create a record of the questions and answers. Some depositions are video recorded.

At the deposition, both parties should have their attorneys present. A witness can have his/her own attorney present if he/she so desires. Those testifying are placed under oath, and the attorney issuing the subpoena then starts the questioning. Next, the opposing attorney has a turn to ask follow up questions. This normally goes back and forth until the attorneys are done.

Depositions aren’t just about questions and answers. Just as critical as what was said can be how it was said. Was the person evasive? Uncomfortable? Credible? Nervous? Sure of the facts? Would the person damage or help the case if testifying in court? These issues can be critical when deciding whether to settle a case or proceed further. If one party’s witnesses are much weaker than those of the opposition, it may make that party much more willing to settle.

If you’re going to be deposed, you should keep the following in mind:

Though depositions can be stressful, they are not to be feared. They are opportunities for all parties involved in a legal matter to tell their side of the story.