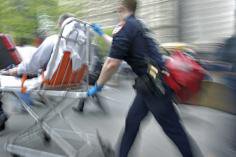 If you have been involved in an automobile accident, you may be seriously injured and not even realize it. At least, not immediately. Serious injury can occur even in slow or low-impact collisions, and accidents which cause no damage to the vehicle. For example, accident victims can suffer from “whiplash” in collisions involving a sudden change in vehicle speed of just 2.5 miles per hour.

Motor vehicle collision injuries range from minor cuts and scrapes to catastrophic, life-ending trauma. Bleeding, broken bones or bruising are obvious indications that a driver or passenger has sustained an injury and needs treatment. However, there are also less-obvious injuries that are much more difficult to diagnose and treat, including myofascial injury (“whiplash”) and mild traumatic brain injury.

“Whiplash” is one of the most common auto accident injuries. The Insurance Institute for Highway Safety recognizes whiplash as “a range of neck injuries related to sudden distortions of the neck that commonly occur in rear-end crashes.” Specifically, this term may refer to a cervical strain, cervical sprain or hyperextension injury. Any sudden impact, even at very low speeds, can cause a whiplash injury to the ligaments, muscles and vertebrae in the neck or back, although the damage may not become apparent for several hours or days. A whiplash injury can be mild, such as a muscle strain, or more severe, including nerve or disc damage, ruptured ligaments or vertebrae fractures.

Treatments for whiplash can include ice, anti-inflammatory medications (such as ibuprofen), physical therapy, chiropractic adjustments, muscle relaxants, massage therapy, or immobilization of the neck or back with a cervical collar or brace. In cases involving severe muscle or ligament damage, cervical traction or surgery may be required. Recovery time for a whiplash injury is typically between a few weeks and three months. Untreated whiplash victims can suffer lasting effects, including chronic pain, an increased susceptibility to future neck or back injuries and posture problems.

Mild traumatic brain injury (MTBI) is a high-level concussion, defined by the Brain Injury Association of America as a “physical injury to the brain that causes a disruption of normal functioning.” MTBI involves a loss of consciousness or loss of memory before or after the accident. There are a wide range of MTBI injuries, from a temporary disruption of normal brain activity to permanent brain changes that affect how a person functions physically, mentally, emotionally and behaviorally. Early MTBI symptoms can include mild symptoms, such as headache, dizziness or confusion. In later stages, MTBI sufferers can face difficulty concentrating, irritability, anxiety, depression, fatigue or a quick temper. These later stage symptoms can be difficult to attribute to the auto accident because they only become apparent long after the injury was sustained.

In the immediate aftermath of an accident, the body’s natural physiological responses often mask the soft-tissue injuries that can occur. But once your body has had a chance to relax, you may experience a number of symptoms related to the accident, including neck and back pain, limited range of motion, muscle spasms, headaches, dizziness, difficulty maintaining balance or equilibrium, shooting pains, muscle soreness, numbness or tingling in the extremities, emotional and behavioral disturbances, or memory and concentration difficulties.