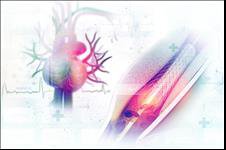 For people who have suffered a heart attack, cardiac stents can be life saving. The tube-shaped stent is used to restore blood flow to heart attack sufferers and opens up the arteries so they can continue to treat coronary heart disease. While cardiac stents have brought so many benefits to those with heart problems, recently there has been an increase in medical malpractice claims associated with the stents. Cardiologists have been accused more and more of using stents in elective surgery on patients who had stable heart conditions. While cardiac stents are often beneficial, there are also risks associated with them. When patients who are not in actual need of stents have them put in, they are needlessly opened up to the risks of cardiac stents.

Cardiac stents carry some serious risks that a patient needing them in a life saving procedure may willingly accept, but might not be worth assuming for a patient in stable condition. These risks include:

Unfortunately, an increasing number of doctors, cardiologists in particular, have been accused of putting money over the well-being of patients. The cardiac stent business is booming in the U.S. In the past 10 years, 7 million people have had stents implanted. The cost associated with all of these procedures exceeds $110 billion. Meanwhile, the U.S. Food and Drug Administration reported that cardiac stents were associated with 773 deaths in 2012. This is a 71% increase since 2008.

The overuse of cardiac stents has reached such a troubling level that the Department of Justice has gotten involved after fraud cases poured in. These fraud cases are based on claims that doctors were being paid by healthcare facilities to refer patients for cardiac stent placement and this was resulting in putting patients who did not need the stents at serious risk. It is therefore no surprise that after Dr. David Brown, a Stony Brook University School of Medicine cardiologist, studied eight clinic trials involving 7,000 patients in the last decade, came to the conclusion that two out of three elective stents were unnecessary. This means that 200,000 stent implant procedures a year were medically unnecessary. Hundreds of thousands of patients each year would be needlessly opening themselves up to the severe risks of cardiac stents.

When doctors put pay days before patients, that is when medical malpractice claims begin. You trust your medical professional to help guide you through honestly weighing the benefits and risks of your health treatments. Doctors are supposed to educate you on potential complications that can arise during procedures such as cardiac stent placement. When doctors fail in these duties, patients needlessly suffer and sometimes will result in death. Cardiac stents were supposed to revolutionize treatment for heart attack patients. Now, they are tied up in claims of fraud and medical malpractice.

Everyone is looking for that fitness trend that will get them into shape in record time and in an enjoyable ...
Learn More