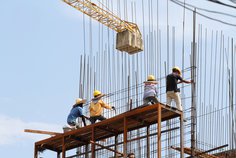 Millions of injured workers have received funds dispersed by the Office of Workers' Compensation Programs (OWCP), which compensates workers for lost wages, medical expenses and other expenses directly related to their injuries and losses. There is another loss for which the OWCP cannot reimburse workers: pain and suffering. This means that, despite injuries that are severe, injured workers are barred from OWCP compensation for:

Fortunately, there is often a way for workers and their families to obtain additional, high-value, lump sum compensation following an injury on the job – a third-party claim.

What Is a Third-Party Claim?

Successful third-party claims result in compensation paid to an injured worker, or his or her family, not by Workman’s Compensation insurance but by a third party. A third party can be the insurer of a contractor, subcontractor, vendor or other party on a work site that was responsible for the accident and subsequent injuries.

While working for a roofing company, a roofing assistant sustains a concussion when a can of paint, owned by the house-painting contractor, falls on him from above. In the wake of the injury, the employee requires a great deal of medical care resulting in high medical bills and a month of missed work. The worker files for and receives compensation from the Office of Worker’s Compensation Programs through his roofing company employer but this compensation only covers medical expenses and lost wages. In order to recover damages for the pain and suffering associated with the injury, the assistant hires a personal injury attorney and receives a high-value award for the other losses resulting from the injury. The award is not paid by the Office of Worker’s Compensation Programs but instead by the insurer of the painting company whose negligence caused the injury.

If you or a family member endured the pain, shock and loss of a serious on-the-job injury, you should investigate the possibility of a third-party claim. A third-party claim can result in compensation that covers your whole loss, not just the losses directly related to medical and wage expense. To learn more about third-party claims, contact a personal injury lawyer.