What is the difference between contributory negligence and comparative negligence? 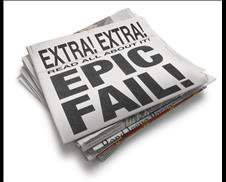 Contributory negligence and comparative negligence are two different systems that courts use to determine whether or not a plaintiff can collect for his or her injuries through a lawsuit. When an injury occurs, the cause of the injury is often the result of the actions of multiple people, including the individual who was injured. If the plaintiff is responsible for a part of his or her own injuries, it can limit how much he or she may collect, or preclude the plaintiff from collecting anything at all.

In a jurisdiction that has adopted a pure contributory negligence system, a Plaintiff is not allowed to collect if he or she is even 1% at fault for the accident. For example, if a pedestrian is crossing the street and is hit by a speeding car, the pedestrian will not win a lawsuit for the injuries suffered if he or she failed to look both ways before crossing the street, or if he or she did not cross in a designated crosswalk. Some jurisdictions raise the threshold for acceptable fault on the part of the plaintiff.

Comparative negligence provides that the total amount he or she might receive in compensation for his or her injuries will be reduced by the percentage for which that person is responsible for his or her own injuries. Under this framework, a person who is 90% at fault in a car accident can still sue for any injuries he or she suffered, but can only recover 10% of those injuries.

Many states in the US utilize a hybrid between these two systems. Under a hybrid system, if a person is responsible for more than half of his or her own injuries, he or she will not be awarded any damages at all. That person’s total award can still be reduced by the percentage a jury attributes to the plaintiff’s own actions. Some states use different systems for different types of injuries. For example, in Indiana, medical malpractice claims are subject to analysis under contributory negligence, but car accidents use comparative negligence. This confusing structure makes it all the more important to ensure that a person hires a competent attorney to help collect on damages.