Expert Witnesses Can Be the Key to a Lawsuit 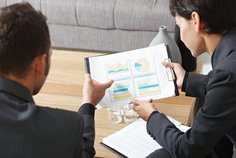 In civil cases, plaintiffs have the burden of proving defendants are to blame for their injuries or economic losses by a preponderance of the evidence, which essentially means, that based on the evidence, the defendants were more likely than not responsible for the injuries. That can be a lot more complicated than it sounds Expert witnesses can be a critical key to success in winning over the jury and winning these complex matters.

Take the case of Margaret Wellinghorst. In November 2007, she was walking her dog when she tripped on the edge of a trench that had been dug in the road. She fell and injured her left hand. With the help of her attorney, to get compensation for her injuries, she sued the companies responsible for creating and filling in the trench and repairing the road.

Ms. Wellinghorst had the burden of proving that the defendants owed her a duty of care, defendants breached that duty and as a result, she suffered injuries. The fact that she tripped over the edge of a trench created by defendants and was injured, simply wasn’t enough to win her case. She had to prove negligence by defendants. To do that, an expert witness was introduced to show defendants did something wrong which consequently injured the plaintiff.

Expert witnesses are used to introduce evidence that’s scientific, technical or specialized in nature. It’s the kind of evidence that the average person isn’t qualified to introduce, or to render a judgment upon, given the facts of the situation.

Ms. Wellinghorst’s expert witness was William Poznak, a civil engineer with over 30 years of professional experience. He examined the roadway, took measurements, took photographs and created a report. He observed that the section of trench under the road sunk uniformly over the years, while the rest of the road did not. In a deposition, Mr. Poznak gave the opinion the trench was backfilled improperly, which lead to the surface sinking and Ms. Wellinghorst’s injury.

Mr. Poznak’s opinion was that the defendants did their work negligently. But all he had was his opinion and that’s not enough. He couldn’t say why that area of road sank, thus had no facts to back up his opinion. Defendants’ attorneys brought up two possible tests that he could’ve done to help determine what happened. Mr. Poznak admitted he had performed neither.

The expert was unable to perform the key role he was hired to do. He couldn’t explain why the area of the trench sank into the roadway. If he couldn’t do that, he had no factual basis for his opinion that the defendants did something wrong or did something negligently which resulted in plaintiff’s injuries. Since the plaintiff had no other experts, and Mr. Poznak’s testimony was the best the plaintiff could do, Ms. Wellinghorst’s case was dismissed.

A legal case is like a chain in that it is only as strong as its weakest link. Competent attorneys will test every link to its limits. In this case, the weak link that broke the case was the expert testimony. In our cases, we hire the right experts who are knowledgeable and experienced, and are able to communicate effectively in a courtroom.