Defensive Medicine: Many Doctors “Over-Treat” Patients Due to Fear of Medical Malpractice Claims 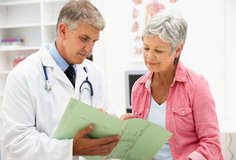 The skyrocketing cost of medical malpractice insurance premiums has changed the way many physicians practice medicine, prompting some to refuse certain patients with complex medical problems or to order unnecessary tests on other patients. Such “defensive medicine” can involve unwarranted lab tests or x-rays or even more invasive procedures to help ensure “certainty” regarding a diagnosis. Even more troubling for the most vulnerable patients, defensive medicine can result in a surgeon’s refusal to perform a complex operation on a sick patient for fear of a negative outcome and eventual malpractice lawsuit.

A recent study published in the Archives of Internal Medicine revealed that many patients receive “too much” medical care and treatment. The study found that 42 percent of American primary care physicians believe that patients receive more aggressive medical care than is necessary. The study also revealed that many doctors feel they must provide “excessive care” to patients, due in large part, to concerns about being the subject of medical malpractice claims.

The study involved 627 physicians, most of whom had practiced medicine for nearly 25 years. Of the doctors surveyed, just 6 percent expressed concern that patients were receiving too little care. Most doctors reason that they could risk medical malpractice lawsuits if they fail to take every conceivable measure to cure or prevent an illness. They admitted over-treating and over-testing, in order to attain clinical performance standards, despite the small amount of time they have to actually consult with each patient.

Nearly half of the survey respondents reported that nurse practitioners and physician assistants provided more aggressive treatment than primary care doctors, and 61 percent indicated that subspecialists also provide more aggressive treatment. Experts believe that defensive medicine could be mitigated if doctors more effectively communicated with their patients about their illness and the pros and cons of various tests.